Presented in Russian and Kyrgyz with Russian subtitles 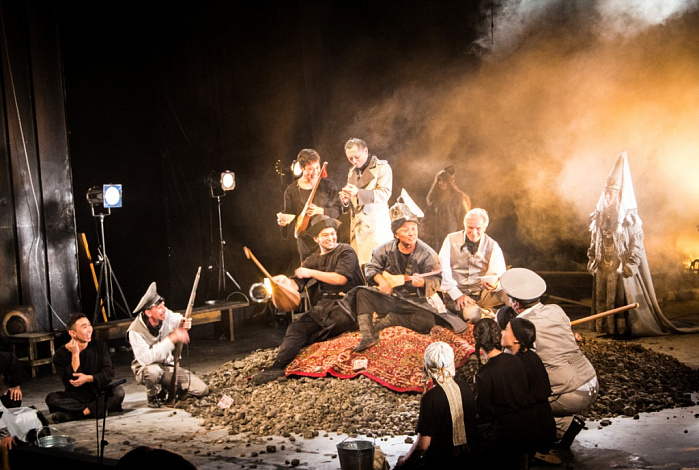 An Oriental tale’ being a subtitle for the poem Demon calls up the image of the Caucasus and the figure of highland hiker Lermontov. However, in Vladimir Pankov’s adaptation the action is transferred to Tien Shan and the verses and the prose are spoken in both Russian and Kyrgyzian. It is the director’s firm conviction that music, rhythm and actors’ physique are capable of erasing all the cultural boundaries. The music (composers and music supervisors Artyom Kim and Sergei Rodyukov) flows out from the side stages and gently floods the space: two cellos and a violin from stage left and kyl-kiyak ethnic string instrument and singer/narrator from stage right. The blending of the literary text and the folk songs, of traditional costumes and property wings, of ancient rituals and purely theatrical techniques, the Pankov-coined genre of the soundrama lends profound meaning to all these crossings and confluences. The Kyrgyzian actors enthusiastically and exaltedly engage in this theatrical ethnic play. The lines in verses and prose now become merged into a monotonous rhythmic buzz and then become the music that is melted into a passionate song.
Ekran i Scena
Never before has the Kyrgyz culture been exposed in such a beautiful manner as it is now, enframed with Lermontov’s poetry. Marriage and funeral. Two events completely changing one’s life. Black clothes, white wings, fair faces, and music, and very clear definitions of honor, of good and ill. ... Over these two hours audience has been shown everything: parents’ love and spouses’ love, temptation, boredom, passion, friendship, loyalty, grief, oblivion. Everything was unusual in this show. Music scores, set design, cast of actors, translation of dialogs and questions between two languages, and the idea of crosscultural interaction of russian and kyrgyz people. ...
The story was about every culture being really different from each other. And this is the difference similar to that one between black and white colors: never would you be able to tell which of these two is better or worse. They are simply different. Russian culture was displayed as a highly contradictory one, with its collision of the spiritual and the mundane, its introspectivity, idleness, hesitation. Kyrgyz culture was shown in its integrity, naturality, simplicity of its moral values, rigidity. <...> This performance seems to be another work of Chinghiz Aytmatov, an unwritten and unedited one, however imbued with the beauty of Kyrgyz people and its culture.
Megapolis - Kyrgyzstan 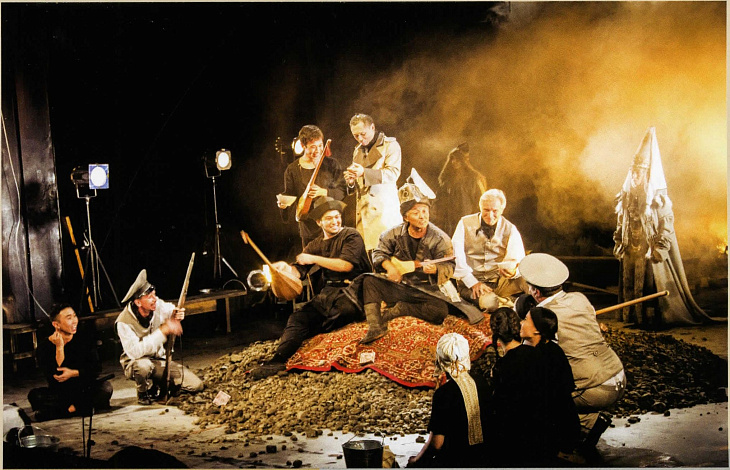 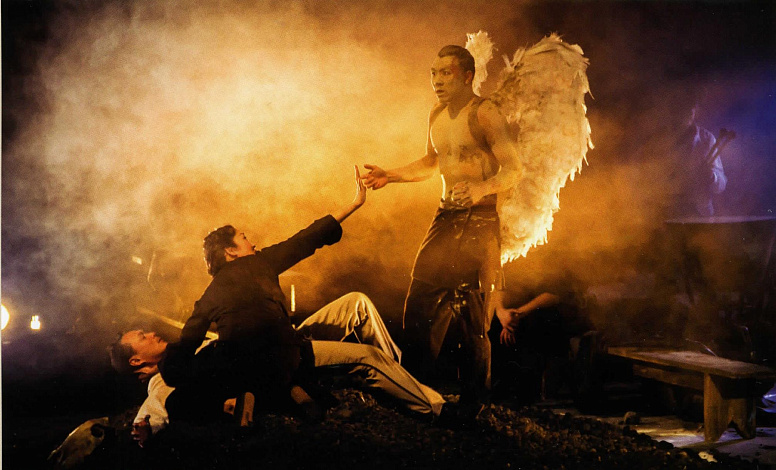 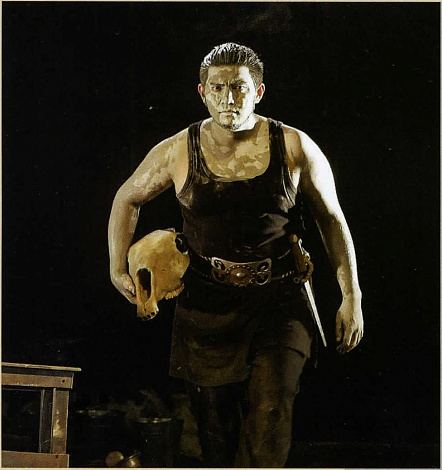 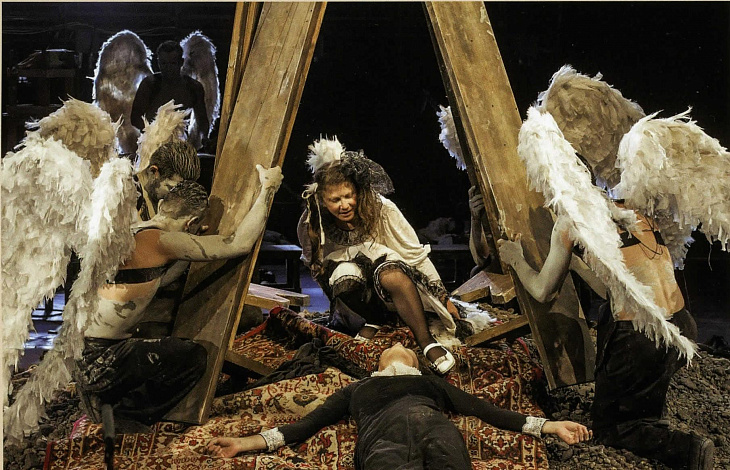 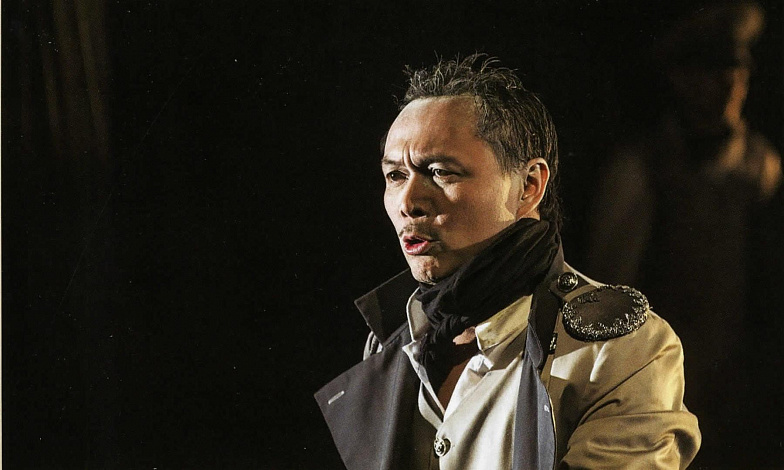 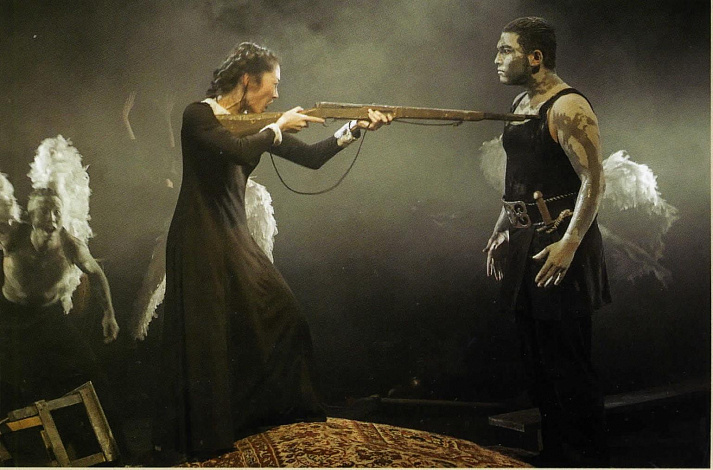 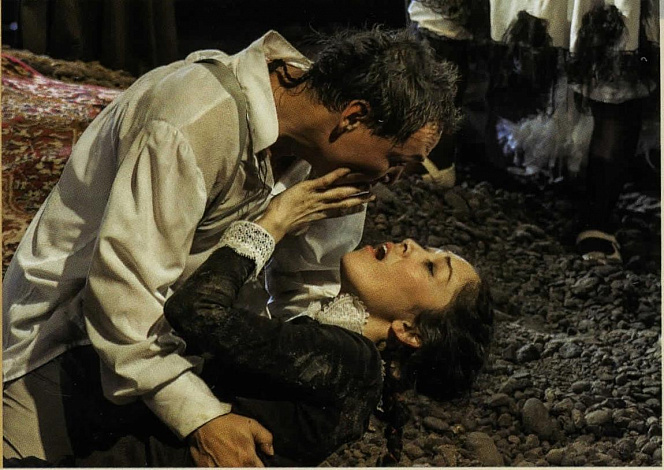 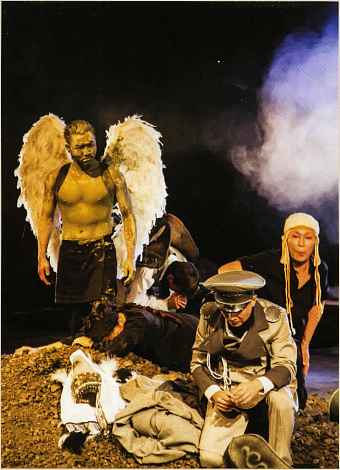