Home
Festival
About us

Chekhov International Theatre Festival was established in 1992. The idea came about in 1986 at the Constituent Congress of the USSR Union of Theatremakers. After the fall of the iron curtain Russian theatre had to become part of the global cultural exchange, find its own identity, meet the new challenges and become part of the intensive artistic dialog. After the collapse of the Soviet Union in 1991, at the last Congress of the USSR Union of Theatremakers, it was decided to convert it into the International Confederation of Theatre Unions (ICTU), and thus try to keep an integrated theatre space.

Chekhov Festival became a vehicle of that approach. The Confederation became its founder, and Valery Shadrin was appointed the Director General and the Producer of the first international theatre festival that the professionals and the audience in this country were dreaming about for so many years. Overcoming the major obstacles and the passive thinking of many, Valery Shadrin, along with Kirill Lavrov and Oleg Yefremov, was arguing the utmost importance of the festival for the countries where the touring industry has collapsed. While maintaining the theatre ties within the former Soviet Union, the Festival became attractive companion and equal partner for major international theatre forums.

The Festival brought to Moscow the productions of long-time favorites – Giorgio Strehler, Peter Brook, Peter Stein, Patrice Chéreau, Otomar Krejča. We have got to see the works by Ariane Mnouchkine, Robert Wilson, Krystian Lupa, Christoph Marthaler, Romeo Castellucci, Heiner Göbbels and many others. The production of The Oresteia directed by Peter Stein in Moscow in 1994, started the series of the Festival own productions with such iconic figures as Frank Castorf, Joseph Nadj, Lynn Hwan-min, Daniele Finzi Paskа, Joе Kanamori, Vajdi Mouawad, Mats Eck, and Nacho Duato.

Lee Brewer, Declan Donnellan, Robert Lepage, Peter Stein keep coming back to present their new works in Moscow and beyond. In 2007, Declan Donnellan was elected the President of the Chekhov Festival Support Foundation, established to promote the values of World Theatre in the Russian regions. Chekhov Festival in many respects became the facilitator, the role model, and the partner for the emerging new Russian theatre festivals and forums.

The integral part of the Chekhov Festival mission is promoting and presenting the best Russian theatre has to offer at the most prestigious global performing arts forums. In 1997 the Chekhov Festival produced the Russian Theatre Series at the Avignon Festival. It was the first time that the European audience had an opportunity to see some of the most important productions of Anatoly Vasilyev, Rezo Gabriadze, Kama Ginkas, Pyotr Fomenko and others. It was followed by the Russian program at Europalia (Brussels, 2005) the Russian Seasons in Brazil, Japan, Colombia and other countries.

Chekhov Festival is actively involved in productive exchanges that go far beyond the European continent. Latin America, Japan, South Korea, and China became an integral part of the festival activities.

The Festival helped educating and upbringing several generations of theatre professionals and the audience members. In recognition of the special role of the Russian theatre and its Festival, the 3rd World Theatre Olympics took place in Moscow in 2001. The experimental program, an educational forum, and special programs of the Meyerhold Center led by Valery Fokin, and of the School of Dramatic Art led by Anatoly Vasilyev, as well as the grand Street Program led by Slava Polunin, expanded the boundaries of the World Theatre for the Russian audiences.

Maintaining the integrated theatre space remains the mission of the Chekhov Festival throughout its history. This means first and foremost conducting numerous projects on various levels: from youth forums and educational programs to professional retraining conferences, seminars and laboratories.

The Chekhov Festival produced and presented over 500 plays from 51 countries of the world. The festival was and remains "A Theatre For People". This definition by Giorgio Strehler became the motto of Theatre Olympics and remain our mission statement.

Regional fund
Regional fund in support of Chekhov International Theatre Festival
The Fund was established in 2007 by the international group of artists.
The Charter was approved by the Constituent Assembly on September 30, 2007. 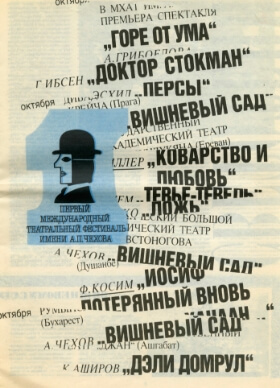 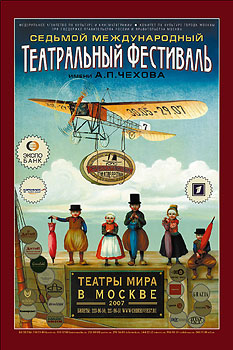 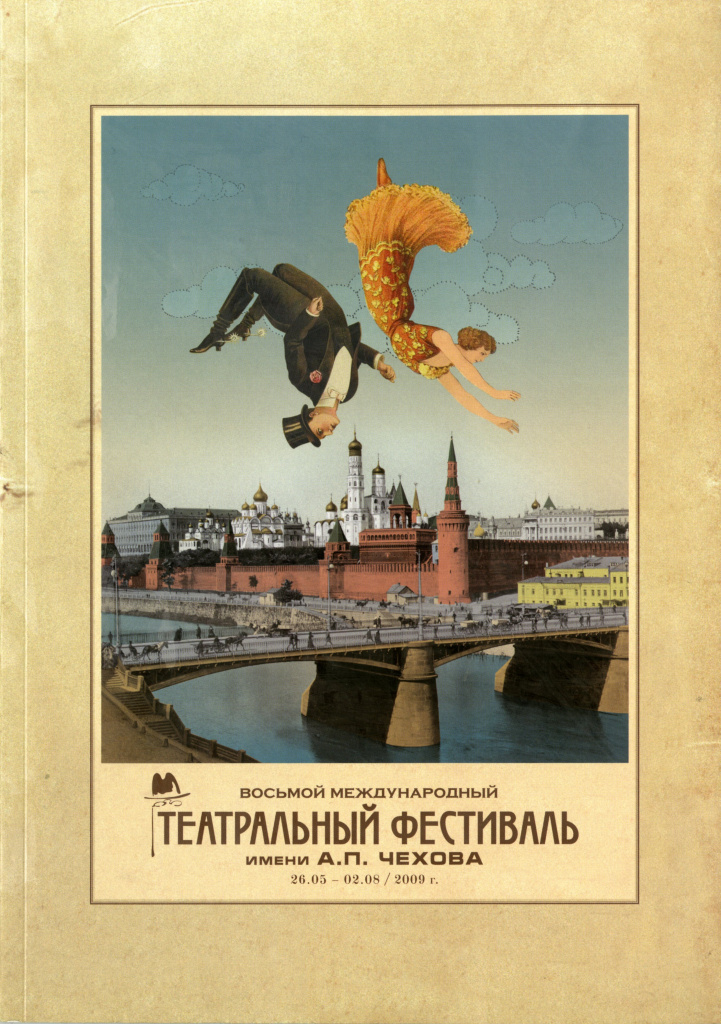 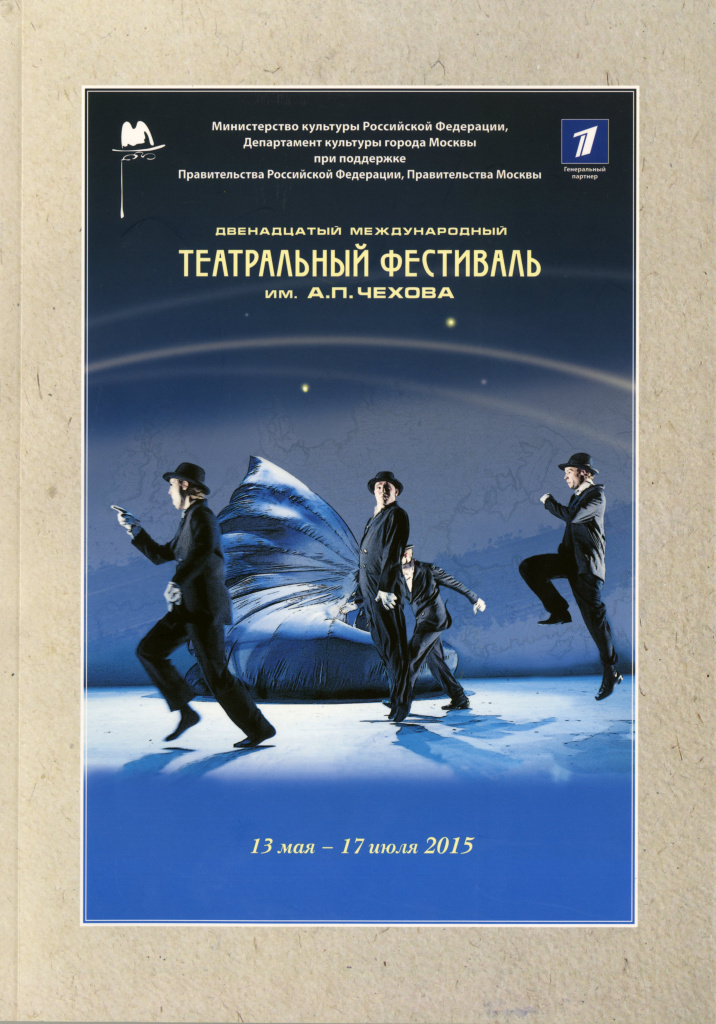