The Regional Public Foundation of Chekhov International Theatre Festival Support (Chekhov Festival Fund)
The Fund was established in 2007 by the international group of artists.
The Charter was approved by the Constituent Assembly on September 30, 2007.

The main purpose of the Foundation is to assist to the Chekhov International Theatre Festival in carrying out its projects, organizing and presenting performances, which acquaint the audiences of Moscow and Russian regions with the trends of contemporary theatre and the achievements of the international and Russian theatre

International projects accomplished by the Chekhov International Theatre Festival and the International Confederation of Theatre Associations are presented in Russia with the support of the Foundation.

In recent years the most important projects of the Foundation was the realization of the Chekhov Festival’s Regional programmes. The busiest playbill was in 2013 when 39 performances of eight productions fr om France, Great Britain, Israel, Belarus, Switzerland (joint project with the Chekhov Festival) and Russia were presented. These shows were attended by about 30 thousand viewers from Saint Petersburg, Ekaterinburg, Samara, Voronezh, Novosibirsk, Khanty-Mansiysk, and Riga. In 2014 the Foundation organized and arranged the Regional part of the Theatre programme, within the framework of the UK-Russia Year of Culture – 2014 Theatres of Saint Petersburg, Voronezh, Pskov, Ekaterinburg, Kazan, Yaroslavl, and Tiumen were the venues for four performances by British theatre companies and two international projects of the Chekhov Festival. In total, 20 shows were attended by around 19 thousand people. In 2015 three productions (theatres from France and Taiwan and "War" directed by Vladimir Pankov) were shown in Saint Petersburg, Ekaterinburg, Voronezh, and Pskov. In 2016 in Saint Petersburg, Moscow, and Ekaterinburg for the 110th anniversary of the birth of Dmitry Shostakovich, the Foundation showed "White Water. Dust" (сhoreographer – Lin Hwai-min).

In 2017, the regional program of the XIII Chekhov International Theatre Festival was held in Voronezh and Yekaterinburg. About 7 thousand people attended 10 shows (4 productions) from Great Britain, France, and Argentina.

President of the Foundatio

Managing Director of the Foundation 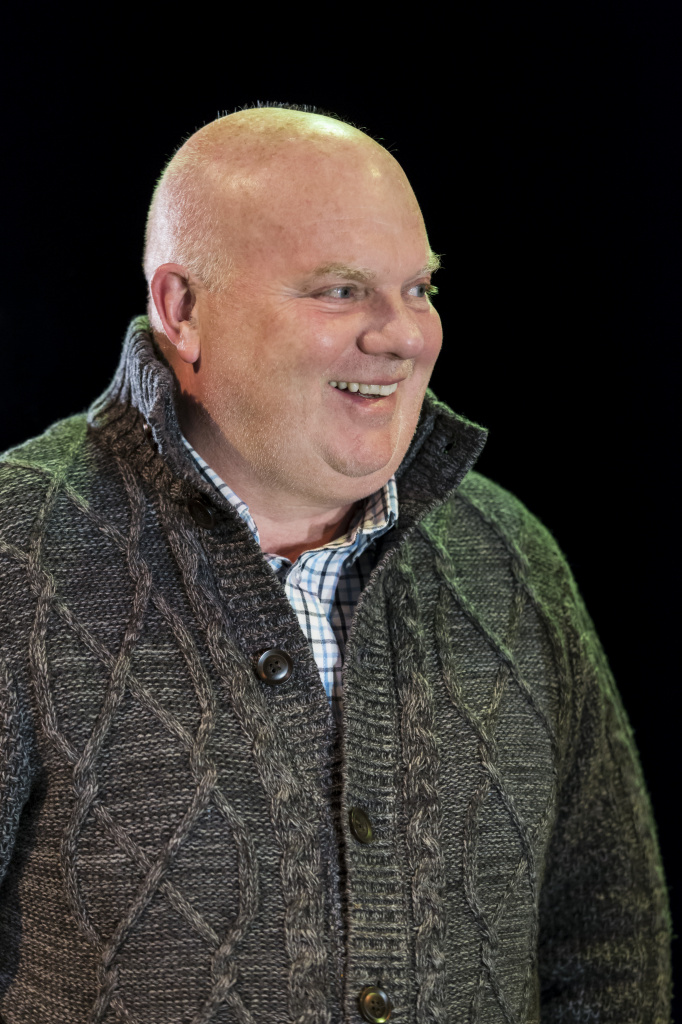 An appeal from the Chekhov Festival Fund's President Declan Donnellan

I am proud to be the President of the Chekhov International Festival Foundation for two reasons. Firstly the foundation aims to bring the best of International theatre to the Russian provinces, and secondly and more importantly as a foundation it aims to tour high quality art performances irrespective of the profit motive. When I first came to Russia in the early eighties I was amazed by the theatre system. Coming from the UK wh ere arts subsidy was low, Russia seemed like a dream place to make art theatre. It gave the opportunity to have an ongoing relationship with a group of actors, with a caring producer and with the audience while providing freedom of creation without the expectation of a commercial profit.

This amazing Russian theatre culture produced highly cultivated audiences not only in the two capitals but throughout the vast country.

It is now fifteen years since I first started staging shows with Russian actors. Since then the system is slowly evolving towards western type commercial demands. This commercialisation of theatre presents a real challenge for producers who had always valued and supported this art form. Russian theatre needs to be protected from the worst ravages of the free market by state intervention and not-for-profit foundations like the Chekhov Festival Foundation.

The Chekhov festival foundation has set forth a noble mission: to bring the best of world theatre to Russian audiences. Dance, circus, drama performances that have become notable events in the international theatre world are being brought to Russia. The activities of the Foundation in the regions are especially of a great importance.

It is a significant aspect of the foundations mission that it collaborates with regional partners and sponsors within Russia.

The Chekhov Festival Fund is acting as a patron providing the opportunity for Russian people to see works of art which otherwise they would not have been able to see. This will invigorate their own larger cultural context. Russia has possibly the greatest theatre tradition in the world. But like any living art to be truly alive it needs cross cultural stimulus. Even Stanislavski was inspired by Germans and Italians!

But today this openness is under threat, not by censorship, but by pressures from the free market.

The Chekhov Festival Foundation, as a unique Arts institution is set to do an excellent job to promote art theatre in the Russian provinces.

President of the Foundatio of Chekhov International Theatre Festival Support