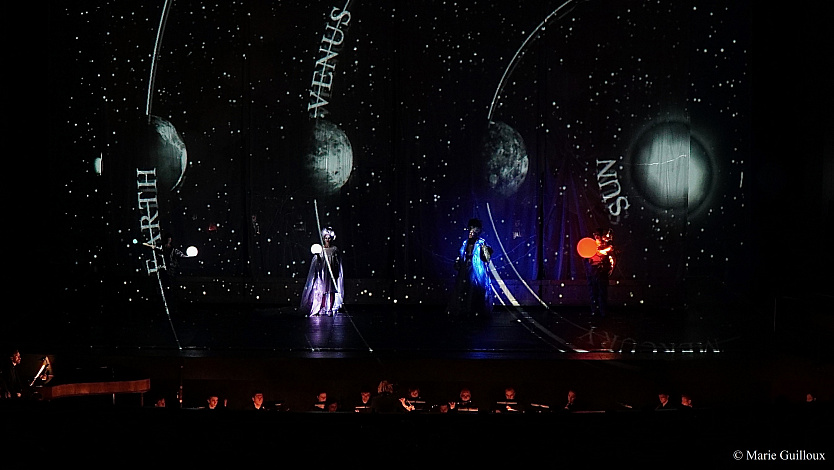 “The main idea of our performance is that a person lives, continues to evolve, change, continues to think, and this evolution is endless. We wanted to remind people that we all live on the same planet Earth, on the same boat "Earth". There may be some polarity, but we can come to the same single idea, move in the same direction. <…>
Man always strives for light. In our play we talk about people who went through the war, saw poverty, about people who faced many obstacles on the way to the light."
Carlus Padrissa
“The production of Carlus Padrissa is an oratorio of the 21st century, an era of high technology and huge multimedia possibilities. A nine-meter faucet, thirty-six huge helium balloons, a thousand-liter aquarium – this is what you can touch. The rest is magic and light that breathes life into the space of the stage and hall.
In the play by Carlus Padrissa, there are two parallel worlds: the one in which the Universe, life and man were created in 7 days. And the one in which refugees flee from chaos, overcome obstacles, sail on the sea in ephemeral boats, and finally, on the seventh day, they are greeted in the house of Adam and Eve. An important symbol for Carlus is the globe, as a reminder of the planet on which all people are equal. And also – white balloons flying away into the sky, as a symbol of hope."
"Culture News" 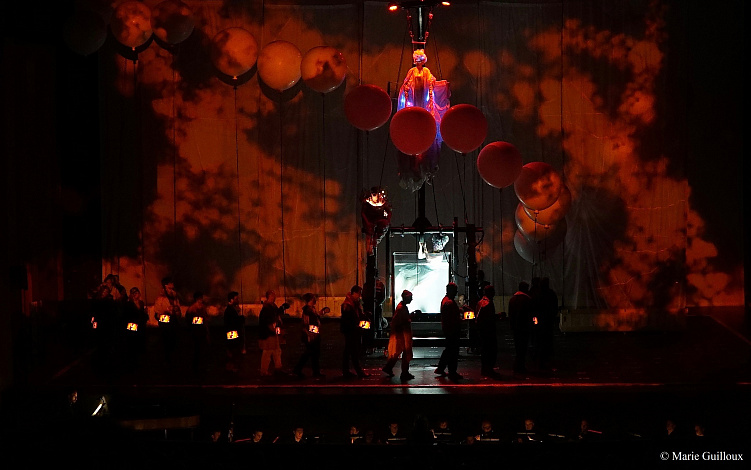 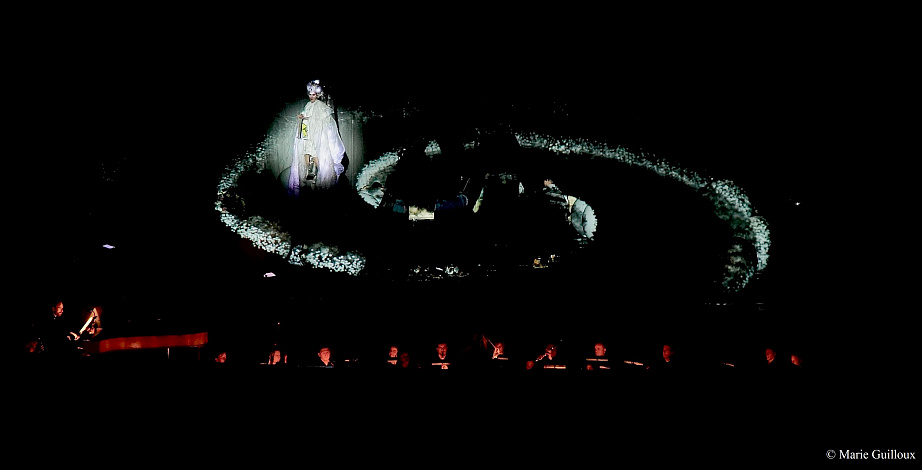 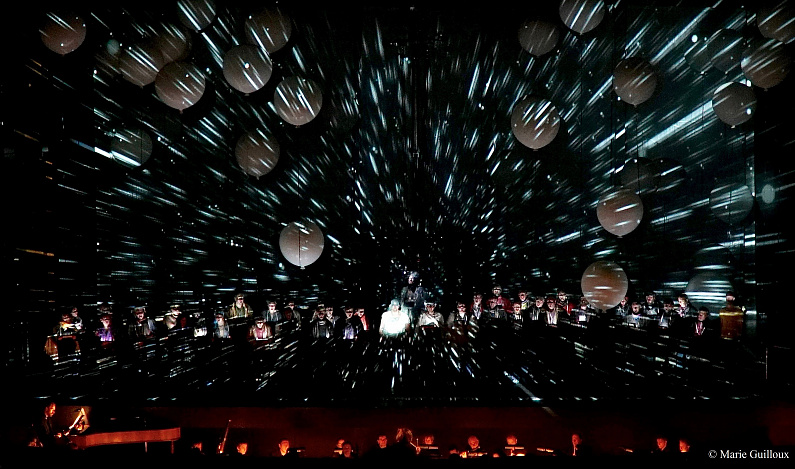 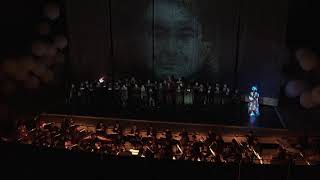