Home
News
2018
On September 8 and 9, 2018, Chekhov International Theater Festival will present a program of street theaters

On September 8 and 9, 2018, Chekhov International Theater Festival will present a program of street theaters

On September 8 and 9, 2018, Chekhov International Theater Festival with the support of the Government of Moscow will present a program of street theaters. Once, back in 2001, at the World Theater Olympics, the Chekhov Festival first addressed the issue of the areal theater, and the two-week program created at that time literally shook Muscovites and visitors of the city. The audience was estimated at hundreds of thousands and even millions of visitors.

Now the Chekhov Festival represents again theatrical and musical groups capable and able to transform the urban space into the territory of art. The current program includes the leading theater luminaries, some of the most famous and significant groups known on 5 continents - Fura del Bausch and Xarxa from Spain, which will show their performances in Luzhniki on September 8 and 9 at 8 pm and 9 pm.

Again, like 17 years ago, the drums of the Theater Trans-Express (France) will sound from the height of Manezhnaya Square, soaring up on the arrow of a huge crane. They will be answered from the stage by the magnificent drums of the Taiwan Yu-Theater, followed by the Brazilian-German carnival group Furioz, Russian orchestra Pakava It, and the French female brass band “Dancing Muse”. Virtuoso eccentrics Paul Morocco and OLE! (Great Britain - Spain) and dancers from Korea under the direction of the famous choreographer Kim Je Doc will take part in this twelve-hour marathon.

The Chekhov Festival once again goes out on the streets to introduce the Russian audience to the different trends of modern areal theater.

Admission is free for all performances. 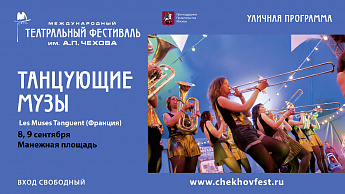 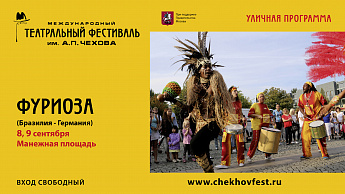 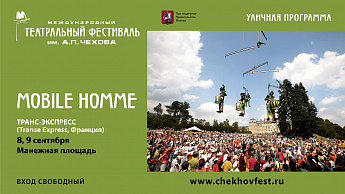 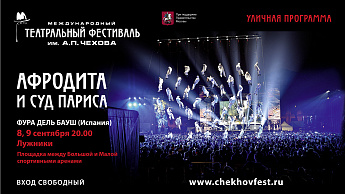 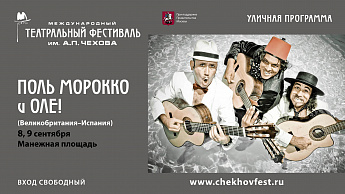 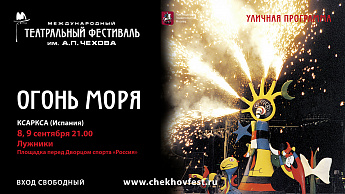 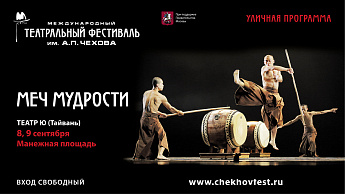 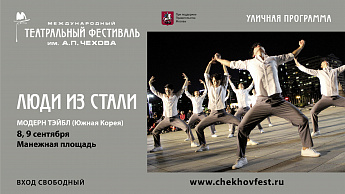 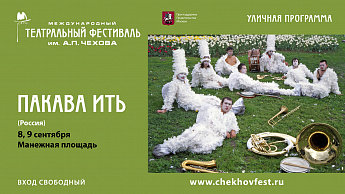