The XV Chekhov International Theatre Festival was launched on 14 May 2021 with a grand-scale production by the Spanish company La Fura dels Baus. The Zaryadye Hall hosted a theatre version of Joseph Haydn’s oratorio The Creation under the baton of Spanish conductor Javier Ulises Illán. The performers included some of Europe’s most acclaimed operatic soloists: Alba Fernández Cano (soprano), Toni Marsol (baritone) and Dovlet Nurgeldiyev (tenor), as well as the Moscow State Academic Chamber Choir and the State Academic Symphony Orchestra of Russia "Evgeny Svetlanov".

The Spanish theme was carried on with Distopia, directed by Patricia Guerrero, the paragon of the young generation of flamenco. This show about feminine strength and vulnerability was greatly appreciated by the audience of the Chekhov Festival.

A real gift from Argentina was presented by the German Cornejo’s Dance Company: ten of the world’s best tango performers danced to the great music by Astor Piazzolla. The tango world champions and other talented artists told us their stories of love and passion, jealousy and trust, wrangling and tenderness through the idiom of dance and music.

The celebrated French choreographer Mourad Merzouki and one of the leading connoisseurs of Baroque music, Franck-Emmanuel Comte, joined forces in presenting their Folia. Hip hop was skilfully transferred from the streets onto the stage.

Theatres from the former countries of the USSR were represented by companies from Azerbaijan, Armenia and Georgia. The Festival framework also included the Laboratory for Young Directors from the CIS, Baltic States and Georgia, devoted to the 200th anniversary of Fyodor Dostoyevsky. The Lab was headed by Vladimir Pankov, and its work resulted in a joint show directed by the Lab participants.

The Education Program of the XV International Chekhov Theatre Festival featured a number of meetings with the audience. These were held by the Spanish choreographer Patricia Guerrero (Women and Flamenco: Version '21), and the directors and performers of Tango After Sunset (Germán Cornejo’s Dance Company, Argentina). There was also a hip-hop dialogue with the performers of Folia (Pôle en Scènes company, France), and a meeting with the director Robert Sturua and actors of the Shota Rustaveli National Theatre, Georgia.

The exhibition “Chekhov Productions at the Chekhov Festival” was held from May to July at Nikitsky Boulevard. 32 stands displayed photos etc. of outstanding Chekhov productions presented at the Festival over the years.

At the end of August, the Chekhov Festival went ahead with the shows which were to continue from September to December. On 7, 8 and 9 September Life was premiered as planned, a real celebration of ancient Indian dance directed by the dancer and choreographer Aditi Mangaldas, who works in contemporary dance based on the traditional Kathаk.

On 9, 10 and 11 November the programme was carried on by the National Theatre Belgrade, which brought to us their philosophical production entitled Dream Hunters. Dictionary of the Khazars, based on the famous novel by Milorad Pavić. This story of the semi-mystical Khazar tribe made its debut at the Chekhov Festival: the director Livija Pandur and choreographer Ronald Savković have told their story of the enigmatic “dream hunters” through the means of dance.

On 18, 19 and 20 November the Festival programme was enriched by Simon Abkarian’s fascinating musical production of Électre des bas-fonds, which won three Molières, the highest theatre awards in France: for Best Show, Best Dramatic Work and Best Direction. Aurore Frémont who starred as Electra was declared Best Newcomer of the year.

On 30 November and 1 December Tero Saarinen, one of the most brilliant dancers of his generation, praised both in his native Finland and abroad, will introduce his Monteverdi Revisited. The Tero Saarinen Company and Helsinki Baroque Orchestra have joined forces in order to create an exciting modern blend of unique choreography, live music, opera and design.

Finally, SNAP will provide a pre-Christmas surprise as the concluding show of our programme. It is a magical contemporary production, featuring the best illusionists from South Korea.

The Chekhov International Theatre Festival was founded by the International Confederation of Theatre Unions in 1992, and since then has been traditionally held every two years. Its main goal is to acquaint Russian audiences and professionals with the latest theatrical achievements from abroad, and the most interesting global trends in contemporary performing arts.

Over the years, the Festival ran the Japanese Seasons in Russia, the Brazilian Season, and the Season of Canadian Theatre, as well as reciprocal Seasons of Russian Theatre in respective countries. The Chekhov Festival was the organiser of the Russian Programme at the Avignon Festival in 1997, the Europalia – Russia in Belgium, and the cultural part of the National Days of Russia at the EXPOs in Nagoya, Japan, and Zaragoza, Spain, besides many other theatrical and cultural events.

During its existence the Chekhov Festival produced some new shows with the leading theatres and directors from Russia and elsewhere. In total, there were 34 such productions, including 14 for Anton Chekhov’s 150th anniversary.

The Chekhov Festival’s shows and co-productions were worthy representatives of Russian performing arts at the most prestigious international theatre festivals and events.

Several times the Chekhov Festival was behind grand-scale international theatre projects which were not part of regular festival programmes, and these have become important landmarks in Russia’s cultural contacts with other nations. Thus, in 2012 the Festival was responsible for the Russian tour of the Royal Shakespeare Company from Great Britain. In 2014, during the reciprocal Great Britain – Russia Year of Culture, another programme of British theatre was held. In September 2018 the Chekhov Festival was the Russian organiser of a tour by the Japanese Shochiku Grand Kabuki performed by the Chikamatsuza, which became the main event of the Japan – Russia Year in 2018.

In September 2018, as part of the events devoted to the City of Moscow Day, and ran by the Moscow Government, the Chekhov Festival contributed a rich international programme of street theatres. Thousands of Muscovites were thus able to freely enjoy the splendid shows from different parts of the world at open-air venues in the capital.

The Festival is paying considerable attention to the younger generation of theatre masters from Russia, the CIS countries, the Baltic Republics and Georgia. During the Festival period, workshops for young directors from these countries are regularly held. From 2012 the Festival, along with the International Confederation of Theatre Unions, takes part in running the Youth Theatre Forum of the CIS, the Baltics and Georgia. The Forum winners are invited to participate in the Chekhov Festival, getting a unique opportunity to show their work at one of the world’s major theatre events.

Our Festival, jointly with the Regional Public Foundation in Support of the International Chekhov Theatre Festival, aims to promote the Festival programmes in different regions of Russia. Over the years, 30 Russian cities provided venues for more than 40 productions. 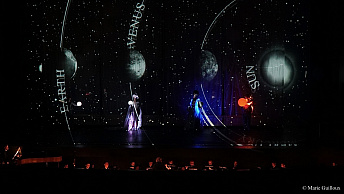 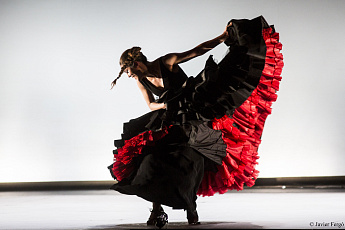 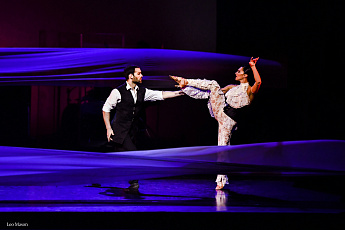 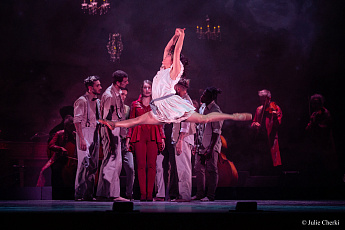 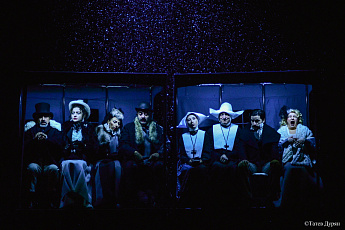 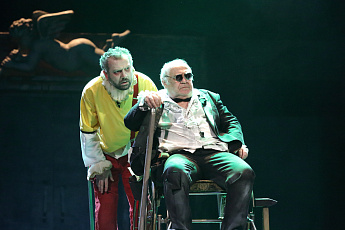 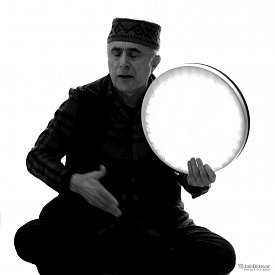 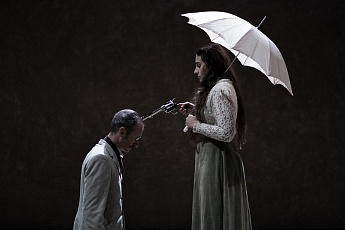 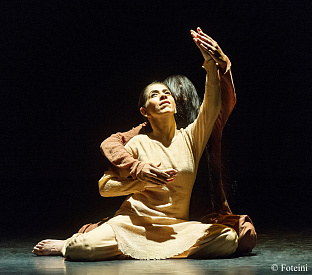 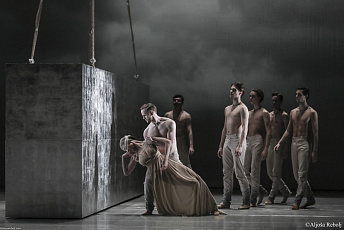 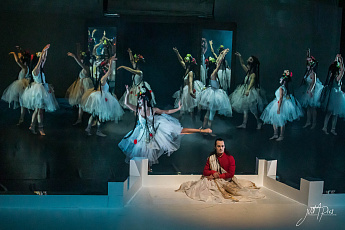 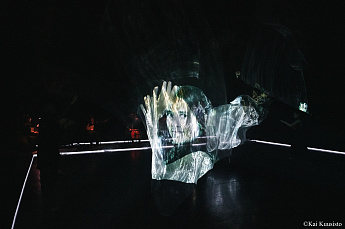 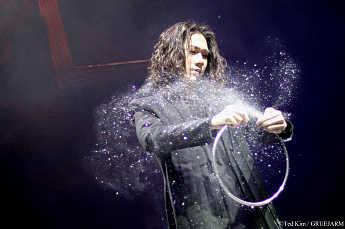