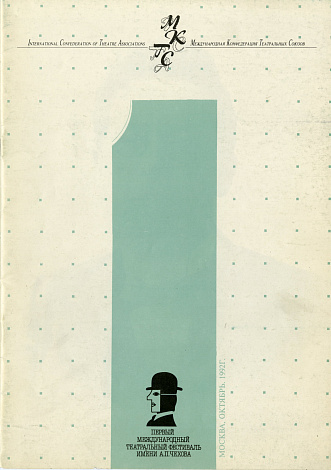 The Iron Curtain collapsed  The national theater was to become part of the world theatrical process, find its place in it, acquire its experience and engage in an intensive artistic dialogue with it. In 1991, the dissolution of the Soviet Union occurred. But at the last congress of the USSR Union of Theatremakers, it was decided to transform the Union into the International Confederation of Theater Associations (ICTA) and thereby try to preserve a single theatrical space. The Confederation became the founder, and Valery Shadrin - the organizer and leader of the first international theater festival, that both the professionals and the audience members of our country have dreamed of for many years.

Overcoming the colossal difficulties and passivity of thinking, Valery Shadrin, along with Kirill Lavrov and Oleg Yefremov, argued that the festival was extremely important for the country especially when the entire system of touring collapsed, and the festivals became the only form of theatrical exchange.    All the complexity and drama of the historical moment are reflected in the words of greeting of Kirill Lavrov to the participants and patrons of the 1st Festival: “No matter how difficult and disturbing life is, we have no right to lose the will to work and not to lose ties with each other. That is why I am convinced that our festival is appropriate, that we should not wait for more stable times. The idea of the festival came not in vain. This is evidence of our determination to exist in an open, cultural space that does not know the limits."

The program of the Festival featured:

Specially selected program of the productions of Moscow theatres. Foreign guests of the Festival specially singled out the performances of Pyotr Fomenko graduates, which led to the Fomenko troupe been invited to participate at various festivals.

… we have no right to give way to despair, lose our creative impulses or break off the ties connecting us. The Festival attests to our readiness to exist in the open and boundless space of culture.
Kirill Lavrov

The public’s thankfulness for this feast of theatre that lasted for three weeks, became the best response to those who accused its organizers of heartlessness and cynicism for putting up performances in the half-starved country. As well as to those who placed the immediate political ambitions above the interests of the arts. Thus the Festival missed the Rustaveli and Marjanishvili companies of Georgia, no matter how hard their Russian colleagues had tried to persuade them to come.
Teatralnaya Zhizn Magazine

The feast lasted three weeks and demonstrated the amazing variety of theatre trends, thus dispersing the then wide-spread notion about the crisis and decline of theatre
Valery Semenovsky
The Festival proved to be quite an extraordinary event. It was conceived as the celebration of the arts with all the components thereof: big names and famous titles, informational bulletins, flowers, luxurious apparels, broad coverage in the media. Its climax happened in the very beginning when Peter Stein presented his version of The Cherry Orchard. One would wonder if and when such an opportunity to see the works of world-famous directors will be provided. And what another event could bring together the theatre elite fr om all over the world? Wh ere else foreign experts and impresarios could see so many productions from the member-countries of the Commonwealth of Independent States?”
Sergei Bednov, Kultura Weekly
The festival took place despite all the atrocities and miseries of the surroundings that one thought should have made the Festival the least important event. This “despite” seems very important, considering the avalanche of protests against the idea of creating the feast of theatre in conditions of general political and social crisis. Those who alleged that it was immoral to hold “a feast during the plague” failed to understand that in the times of trouble people always long for festivals of the arts and in this connection theatre is called to counter all these adversities”
Alexei Bartoshevich, Nezavisimaya Gazeta 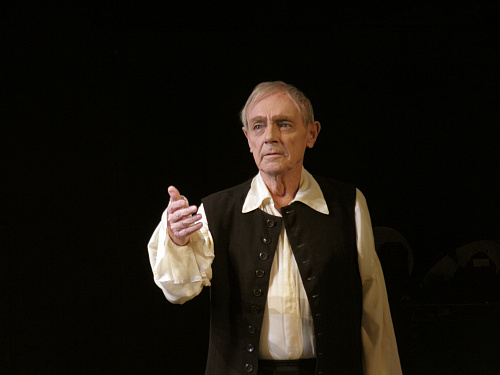 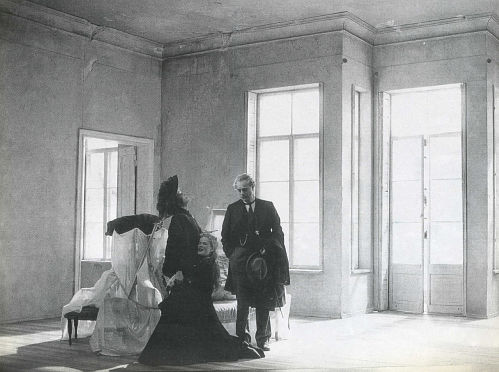 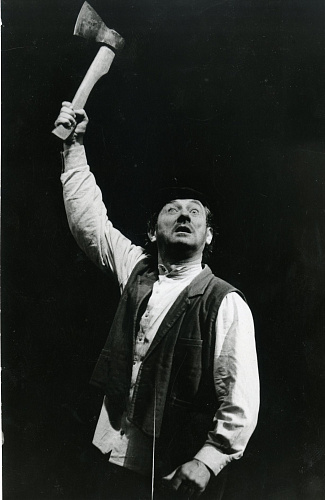 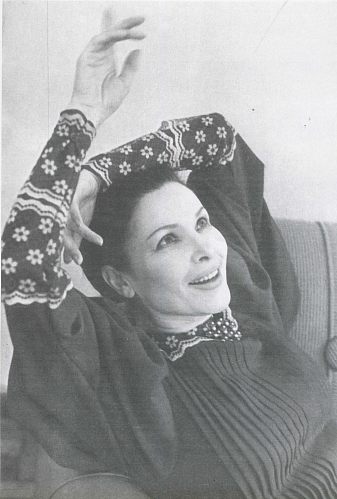 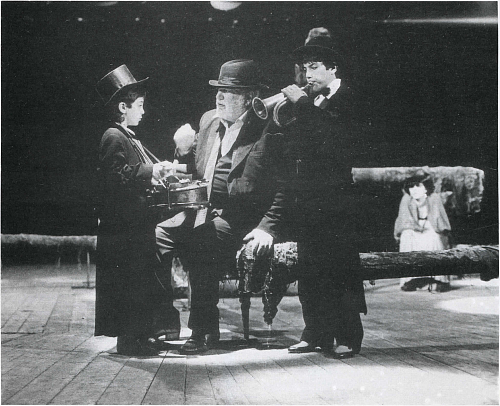 Doctor Stockman (Enemy of the people) 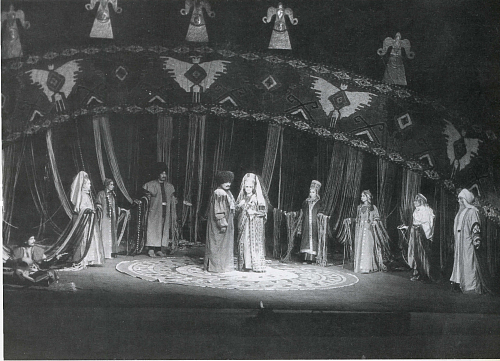 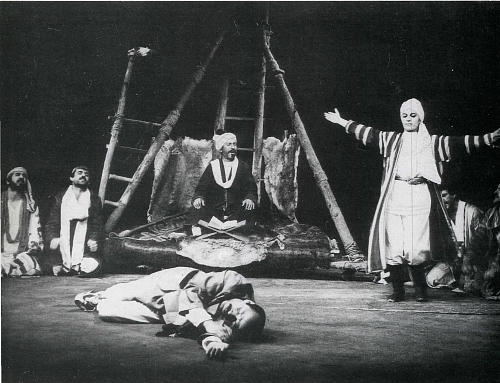 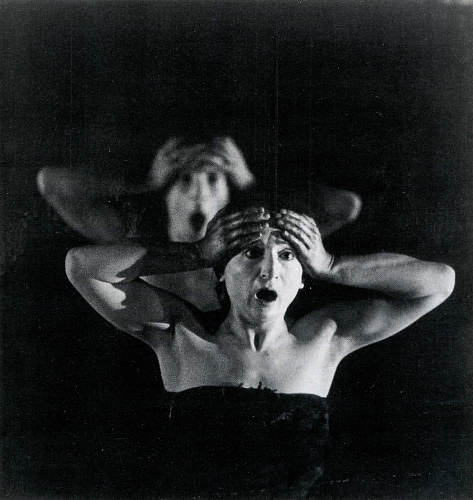 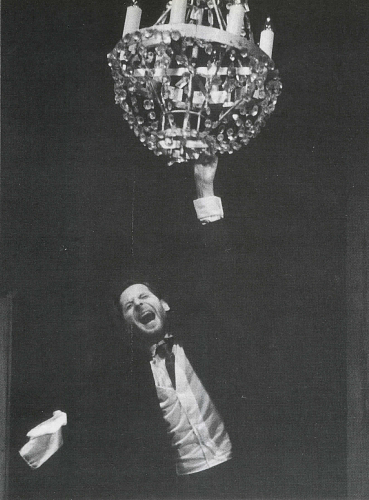 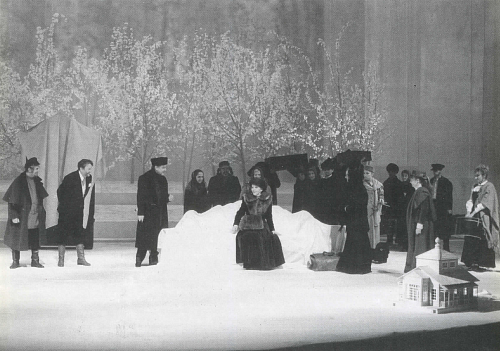 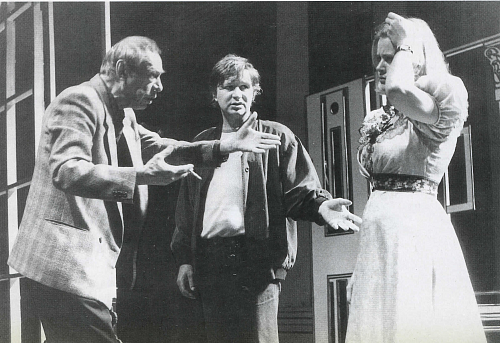